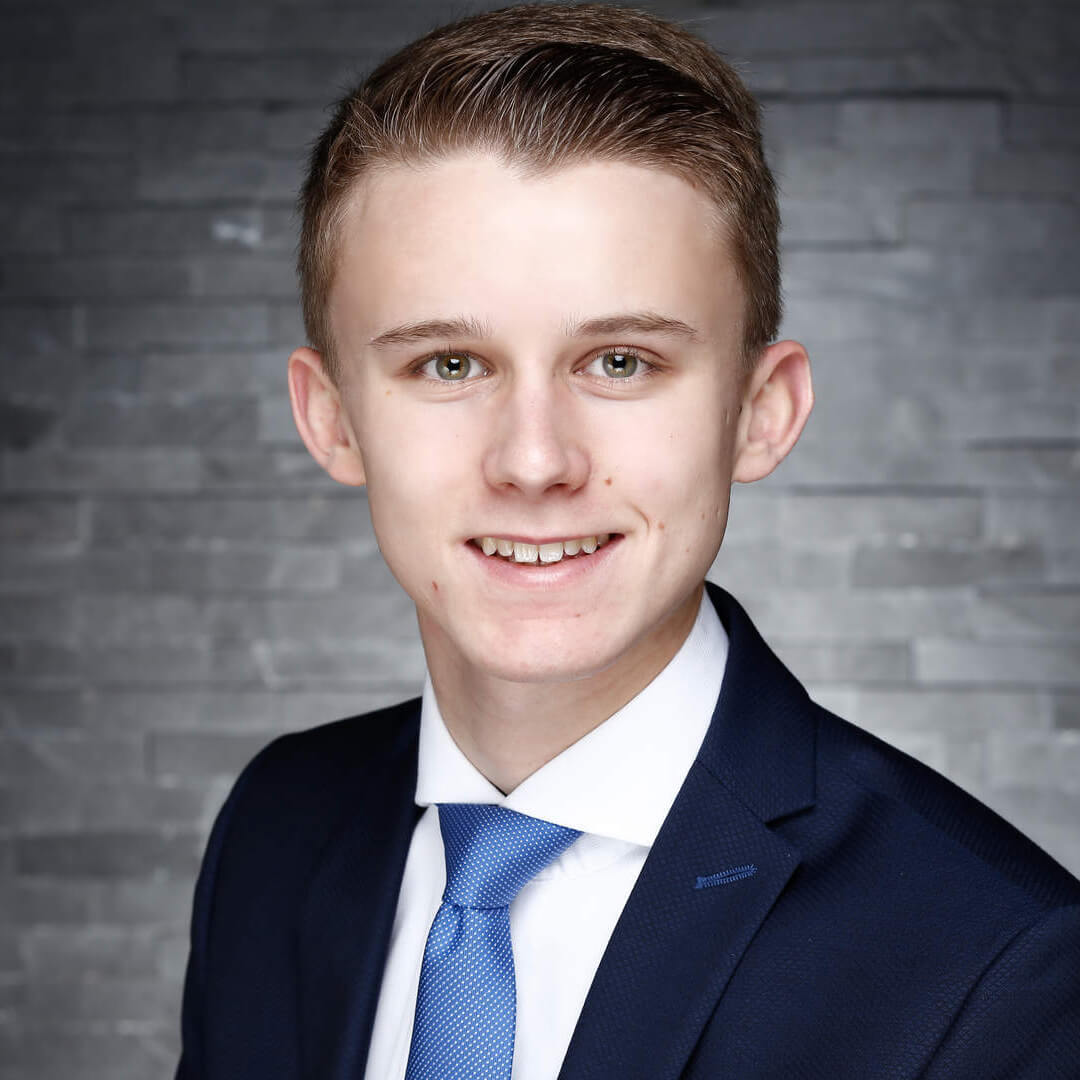 As Jack Dorsey, the co-founder and CEO of Twitter, recently sold his first tweet as a non-fungible token (NFT) for $2.9m, many investors, speculators and artists joined the tweet NFT market. But what is exactly happening in this rapidly changing environment and what is the hype all about? Analyzing recently sold tweets and some recent purchase offers will provide a deeper understanding of the current market characteristics.

This tweet, which is shown in Figure 1, had been bid up since December 15, 2020 until an offer was finally accepted and the NFT was sold. Alongside this exceptional transaction, many other tweet NFTs have been sold. In this article, we will focus on March 2021. Many expensive tweet NFT sales in March have been based on posts by celebrities, entrepreneurs, popular crypto experts or investors. And some other, usually smaller trades were conducted based on content of less famous people. All in all, the number of NFTs sold increases day by day and was boosted by the sale of Jack Dorsey’s tweet.

At the beginning of March, the sold content included standard tweets, like memes and jokes on crypto or other topics. But this has changed throughout the month as more and more sold tweets were specifically intended to be transformed into NFTs - often supported by the #NFT (or comparable hashtags). It is obvious that people start getting curious about tweet NFTs as the concept seems to be proven since first considerable trades have been made. One additional observation is that the tweets became more graphic-oriented throughout March meaning that an increasing number of graphics compared to text-based tweets were sold.

Generally, before a tweet NFT is sold, an offer needs to be made. The recipient of this offer is the tweet creator for primary sales and the current owner for secondary sales. This nature implies that there are typically more offers than sales as one sale could be made based on a tweet NFT, which received several offers as Figure 2 displays. In the following, we examine the purchase offers based on developments in March 2021. 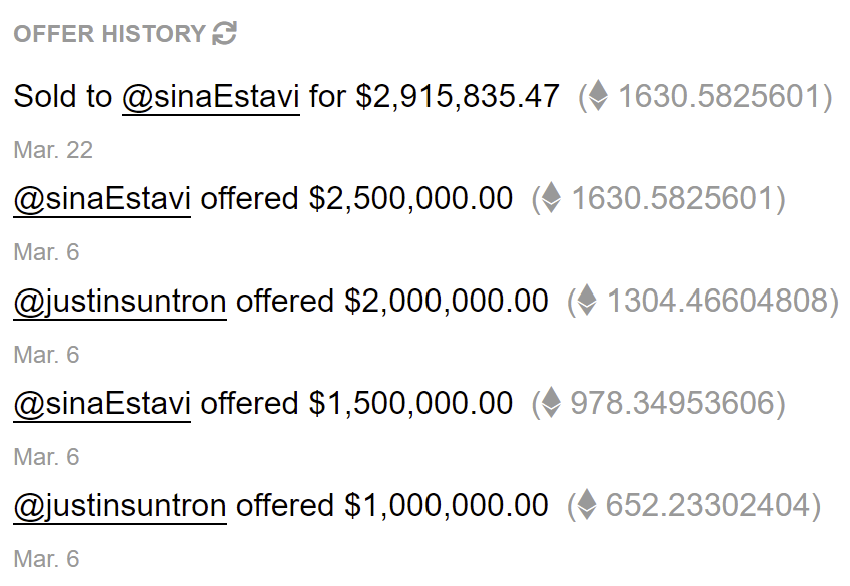 Throughout the month, a clear tendency towards the characteristics mentioned in the “sales” section above is observable. This was to be expected because investors are constantly looking for patterns - consciously or subconsciously - which might predict potentially valuable tweets. Additionally, it makes perfect sense that the offers are at least thematically corresponding to the final sales. An example of this behavior is that many offers have been made on “Just setting up my twttr”-tweets from 2006. Bidders were probably anticipating a hype around those tweets because of the extraordinary transaction involving the “Just setting up my twttr”-tweet by Jack Dorsey mentioned above. But also some other, very early tweets can be found in the recent offers.

One predominant characteristic about the offers made is that many users suggested relatively high prices on tweets by Elon Musk expecting a considerable return as tweets by a thought-leader might become valuable in the future. Elon Musk is known as a crypto enthusiast and thereby, he is likely to join the tweet NFT sphere and to consider accepting some offers. But recent offers have been also made to different celebrities, which are far less likely to even consider accepting these in the short-run, like Barack Obama, Hillary Clinton and Kim Kardashian West.

As already expected above, most dedicated NFT tweets contain some kind of graphics. This can also be seen in the offer structure because the offers made are much more text-based than the actual sales. This could be because offers on dedicated NFT tweets are very likely to be accepted as their creators intended to do so while other Twitter users might not even know about NFTs at all leaving these unanswered. All in all, the recent offers show that by far not every offer has been accepted. The reasons for this might be diverse, for example inappropriate offer prices, the lack of willingness to sell, lack of awareness for tweet NFTs or other individual motives.

After carefully analyzing the current market developments, we are expecting a continuing hype around tweet NFTs, especially triggered by the sale of Jack Dorsey’s tweet. Apart from that, there are still many Twitter users not engaging in tweet NFTs because of different reasons, which limit the acceleration of the market dynamics.

Summarizing, there have already been some identifiable developments of market characteristics throughout March, which make the tweet NFT market worth to be observed in more detail during the next weeks.

Jan Steegmüller has conducted widespread projects around DLT and blockchain. Currently, he works on a NFT project for BFG. You can contact him via mail (jan.steegmueller@blockchain-founders.io) or via LinkedIn.

Christian Flasshoff has collected experiences in consulting and banking before breaking into the startup sphere. During his career, he has collected professional experience in the blockchain venture capital scene and other blockchain-related subjects. He enjoys solving problems with data science, writing code and developing technical solutions. You can contact him via LinkedIn.

Prof. Dr. Philipp Sandner has founded the Frankfurt School Blockchain Center (FSBC). In 2018 and in 2019, he was ranked as one of the “top 30” economists by the Frankfurter Allgemeine Zeitung (FAZ), a major newspaper in Germany. Further, he belonged to the “Top 40 under 40” — a ranking by the German business magazine Capital. Since 2017, he is member of the FinTech Council of the Federal Ministry of Finance in Germany. You can contact him via LinkedIn or follow him on Twitter (@philippsandner).

We are a Liechtenstein-based company builder and venture capital investor. We believe that blockchain is the biggest investment opportunity over the next decades. Our DNA is composed of academic and regulatory drivers of the blockchain economy as well as ambitious entrepreneurs and venture capitalists.

As company builders, we turn blockchain ideas into companies after having vetted them thoroughly with our entrepreneurs in residence and advisors.

As venture capital investors, we finance founder teams in the pre-seed/seed stage in the traditional venture capital way coupled with our understanding and active commitment as co-founders.

Our location in Liechtenstein allows us to take advantage of the industry-leading Blockchain Act, which we believe will inspire European-wide legislation in the coming years.

These Stories on blockchain

Drop us a line